The Power Of Communication

Let me tell you a story about Vance. He was 8 years of age. He was my client at a private autism school here in Ohio and at the age of 8 he could not communicate.

Vance was the kind of student who knew exactly what he wanted in the world but struggled to let people know.

By the age of 1 most children are using a variety of single words to talk about their day. They may say “Mama” when they see their mom or “bubbles” if they want to blow bubbles.

At the time I was a speech therapist in a private school for students with behavioral barriers. Students whose behavior was a barrier to them being in a regular public school.

I remember studying  his paperwork before our first session and seeing all of the therapy notes. I told my friend and co-worker Jamie- “How can this be? What did he do in all of those sessions? How could they not reach him?” He had been receiving therapy since the age of 2. 6 years of therapy and Vance could not could not communicate with the world. And due to not being able to communicate, Vance was beyond frustrated and he used unsafe problem behavior to navigate his world.  His world and his families world had gotten small. They could no longer visit his grandparents, his sister could not have friends over and they could not find any babysitters- it just wasn’t safe.

I remember being a little hesitant to meet Vance. On that first day in our school, I observed him and he seemed unsure of his new school. He did come to our private school with an ipad, it was set up to use for him to communicate, but he never touched it.

Our first sessions consisted of me observing and getting to know him a bit better. He really loved jumping on the trampoline and playing ball in the therapy gym.

I really got to know Vance and I would see him twice a week for speech therapy sessions. I was nervous that with his history of behavioral challenges that he would be hesitant to engage with me during sessions. But despite having a history of engaging in unsafe behavior, when I was with Vance he really seemed to thrive. He allowed me to show him and teach him how to use his ipad to communicate with the world.

We started by working on him carrying his IPAD around. Over time he would carry his ipad around the school and even on field trips in the community. His first 12 months at the center he worked on carrying his IPAD and gaining an understanding of language.

He worked so hard those first 12 months and we got into a good rhythm.

After that first year we started working on communicating for a variety of reasons- to label mom, dad, sister, he answered questions on his device and would even comment about his day.

I would meet with his parents and team of teachers and we would share our excitement with how much progress he had made. “Wow isn’t it amazing how well he is doing!!” For 8 years of life he had no way to communicate and now he did.

At one point, I had the opportunity to go with Vance on a field trip. It was a little over a year after he had started at the school. We went to Dairy Queen for lunch. I’ll never forget that day.

We had practiced his order using his IPAD during our therapy sessions. I printed off a Dairy Queen menu with pictures and even would put on a Dairy Queen hat to role play being an employee. “What would you like for lunch?” I would ask in my best Dairy Queen voice. He had practiced and was so good at pressing the correct buttons for his order. But this was it the moment of truth, his chance  to communicate in the real world.

“Wow Vance amazing job” I said!  My mind raced back to going through his files and meeting him just awhile back, when he had No Way to communicate with the world and now here he was ordering at Dairy Queen on his own.

It was in that moment that I realized Vance had found his voice! He learned that his voice matters and has power.

END_OF_DOCUMENT_TOKEN_TO_BE_REPLACED

Jargon is literally defined as difficult to understand for people outside of the specific field. ABA jargon is definitely a challenge for individuals not in the field of applied behavior analysis. Working with students in the ABA setting requires the understanding of...

END_OF_DOCUMENT_TOKEN_TO_BE_REPLACED 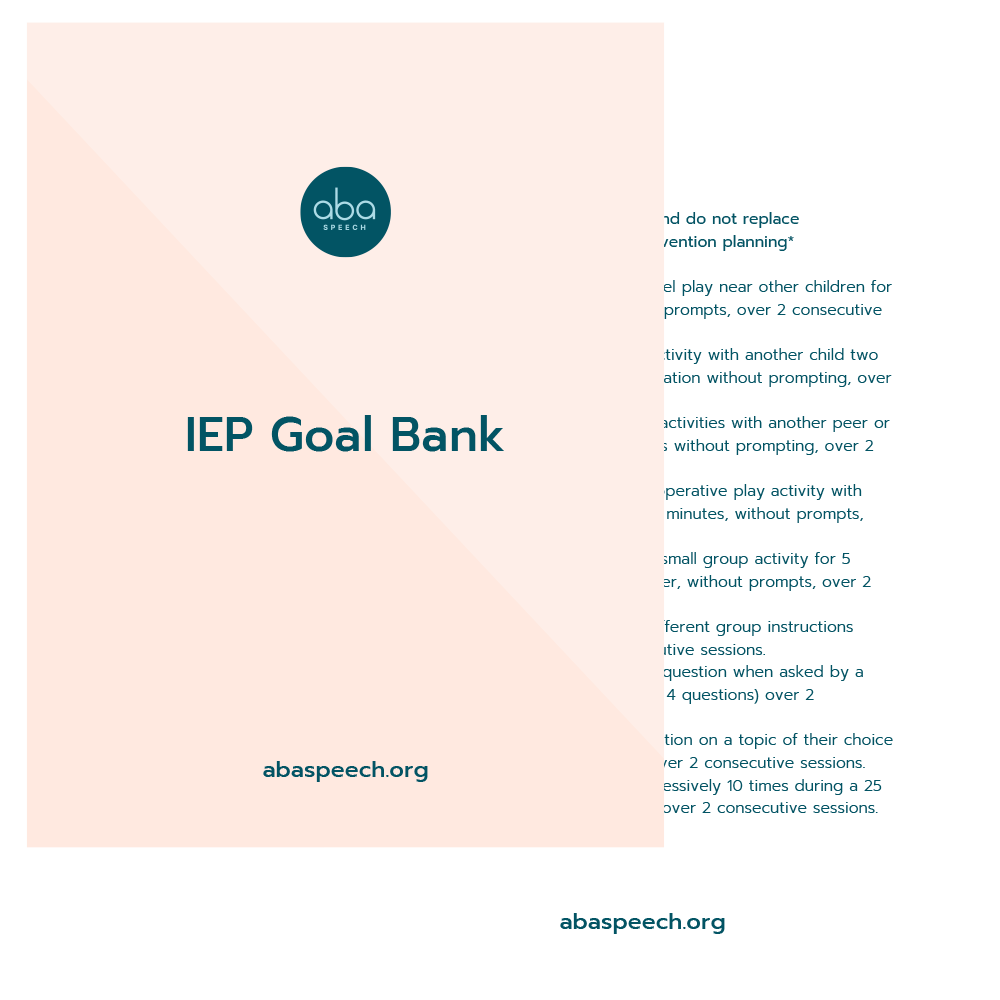 Thanks! Check your inbox.